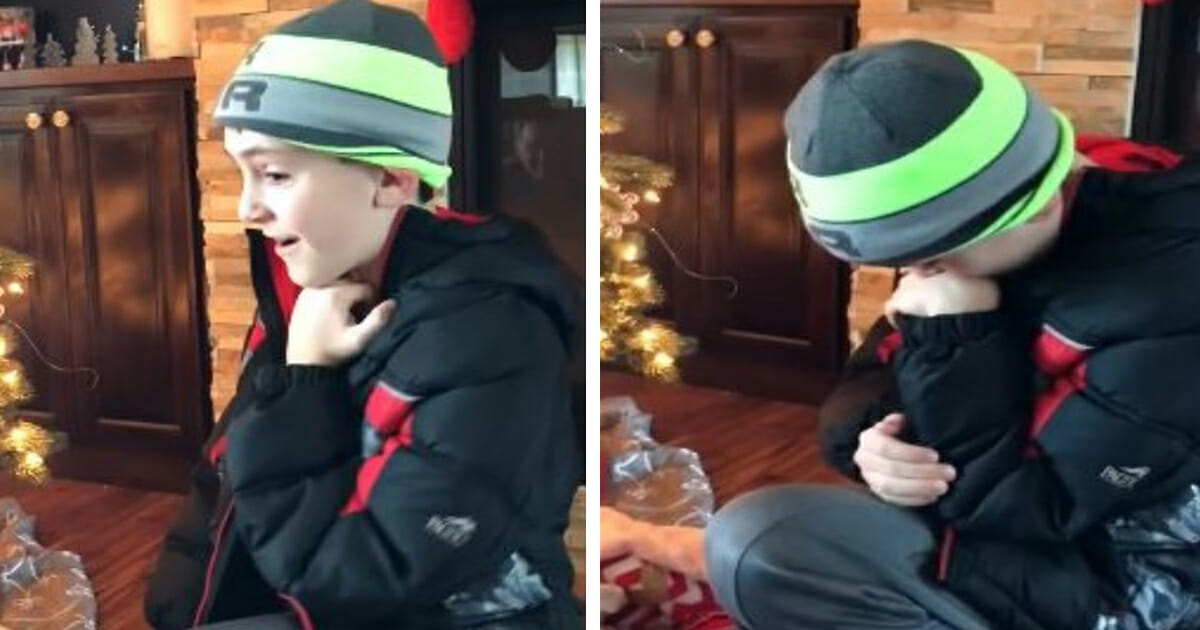 Most people ask for material things like jewelry, clothing, and game consoles for Christmas, but the Lindsay family decided to gift their son something even more special. So, in lieu of a conventional gift, 10-year-old Owynn found a living breathing present instead.

A Sib For Christmas

All 10-year-old Owynn Lindsay wanted this Christmas was to become a big brother. Most parents worry about sibling rivalry when a new member of the family is born, but Owynn’s parents, Stacey and Adam knew he asked for a baby sister on his Christmas list.

Stacey and Adam had always wanted to have two kids, preferably more. Stacey had 14 siblings growing up, so she was eager to have a big family. But she had tried to have another child for seven years and nothing happened.

The couple had tried doing in-vitro, but the procedure failed. They couldn’t help but feel heartbroken over and over when they suffered five miscarriages. They considered fostering a child, but decided it wasn’t the right choice for them at that moment. This made their son Owynn very sad.

One day, Stacey and Adam were introduced to Kendra, a woman who wanted to give her baby up for adoption. But it was up to her to decide who she’d give her child to. So, the hopeful parents decided to keep it a secret from Owynn.

They were afraid that Kendra would change her mind, so they didn’t tell Owynn until the very last minute. Once the deal was sealed and the newborn baby girl was theirs, they found a great way to break the news to their son.

Stacey and Adam wrapped the newborn up in warm blankets and then carefully put her under the Christmas tree like a present. Then, as soon as he came home, he got the most beautiful surprise of his life.

Owynn’s reaction was priceless when he looked under the tree and saw his Christmas gift. There it was, a beautiful baby girl who was wearing a shirt that said “little sister.” It was a Christmas miracle, indeed! His dream of being a big brother had finally come true.

Owynn was overwhelmed with emotions. Then his mother, Stacey, asked him if he wanted to try holding his little sister, and he said yes. But he still didn’t know how this miracle came to be. Surely, it hadn’t been Santa or a stork that brought her here.

Stacey told her son everything, including the fact that his sis was born two days earlier, and how his parents decided to adopt a child rather than foster one. She also explained that this situation had been developing for some time now.

The baby’s biological mom Kendra also made a guest appearance, and Stacey decided to introduce her to her son. Owynn was so grateful to Kendra for turning him into a big brother that he hugged her and thanked her. If that didn’t touch your heart, we don’t know what will.