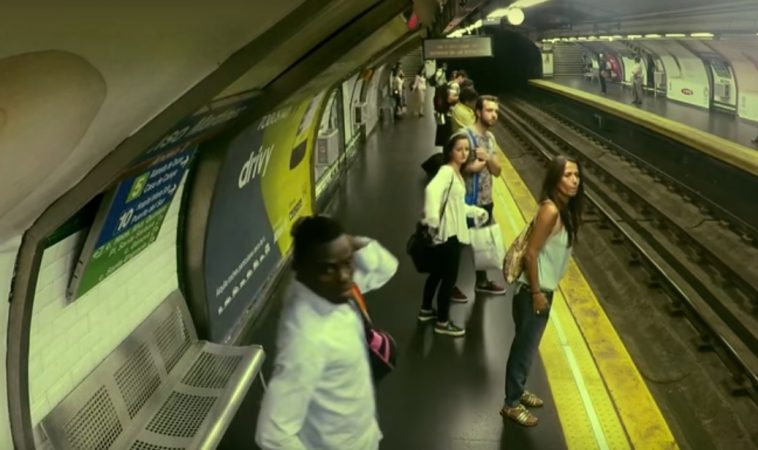 The users of Madrid’s subway lived a stressful moment when they were waiting for the train on the bay. The reason? A ghost train arrived to the station.

It was exactly 10:30 in the morning when the passengers of the Alonso Martinez station heard the train approach on the tracks, so they immediately took a step forward to be ready to board it. Even on the screens of the station there was a notice indicating that the train was going to arrive in less than a minute.
Nevertheless, something strange happened: despite hearing the train’s engine arrive, there was absolutely nothing in front of them. They could even hear how the breaks of the train screeched and the sound of the doors opening.
People were perplexed and surprised, and some were even scared. When tension was at its peak, something happened that made everyone break in laughter.

‘Who You Gonna Call?’

This awesome video was produced by the Shackleton Advertising Agency for Sony Pictures as part of the promo done for the premier of the “Ghostbusters” Movie. We are sure that if you had been in that train station, you would have been scared and confused too.