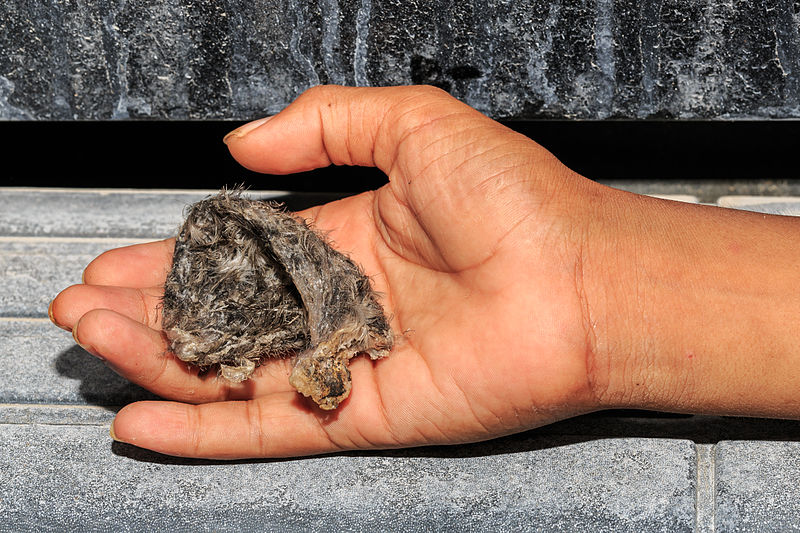 When it comes to food, we pretty much know what we like to eat and drink and what we can’t stand to put in our mouths. But there are some items that many of us never realized could actually be consumed…and yes, some of these really made us second guess everything we’ve been told!

There’s a pro and a con to eating eggshells. The good thing is that it contains tons of calcium, which you can obviously consume. But the shells should be boiled, baked to 200 degrees, and grounded. It’s sort of like a hassle, but the biggest problem with eating eggshells is that it may contain toxic metals like mercury.

Parents don’t have to worry about kids putting Play-Doh in their mouths and eating it. The non-toxic variant from Hasbro is made from mineral oil, boric acid, water, salt, food coloring, and flour. However, we don’t recommend you adding this questionable item to their diets anytime soon. Oh, and don’t forget to always read the label!

Artists might tell you to use clay to sculpt something while the beauty industry would probably suggest you use it as a beauty mask. But surprisingly enough, taking clay as a supplement can get rid of toxins in your stomach and replenish the zinc in your body. Just make sure you consume food-grade quality clay.

If the soil is 100% organic, then it probably wasn’t treated with any chemicals like pesticides, which makes it safe for human consumption. But don’t go crazy trying to eat dirt in your backyard, because some do contain chemicals and parasites.

You know that red crown on a chicken’s head? Well, it’s called a cockscomb and it turns out that it can be injected into the joints to treat knee osteoarthritis. But in places like China and France, it’s considered a delicacy. Are you willing to try it?

Chalk has absolutely no nutritional value, but it’s also non-toxic, which means it’s totally safe to consume. But regardless of which color you choose, the pure calcium carbonate in the chalk will taste about as bland as paper.

Birds’ nests are a delicacy in China because of their nutritional value and interesting taste. They contain amino acids and proteins as well as antioxidants and anti-inflammatory benefits. But do you really want to eat a nest made from a cave-dwelling bird’s saliva? Yup. Didn’t think so.

A Taste For Leather

Chemically treated leather would probably taste awful, but in its raw form, it’s made out of cow skin and can be eaten with meat, just like they do in Nigeria. Still, scientists claim they offer no nutritional benefits whatsoever, but neither does lettuce or coffee, huh?

Instead of blowing on those dandelions and making a wish, consider eating them! A lot of cultures use them to treat digestive disorders, cancer and more. They’re full of vitamin A, C and K. They also contain iron, potassium and lots of antioxidants. And let’s face it. They’re super cute too!

Bark Up The Right Tree

It may not sound tasty, but research shows that pine tree bark helps the body absorb vitamin C, protects the skin against UV rays, and boosts overall immunity. But you might want to add some ketchup or something or grind it into a powder and mix it with your tea.