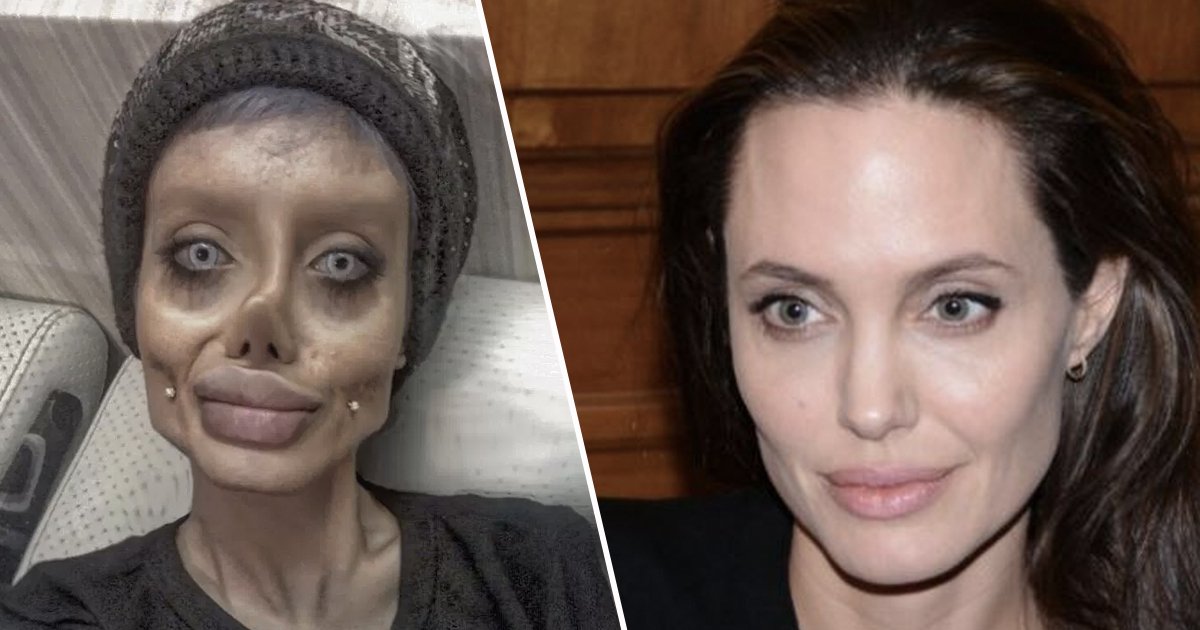 Sahar Tabar, a 22-year-old girl from Iran who claims to be the biggest fan of Tom Raider’s actress, Angelina Jolie broke all records to look like her.
She claims that she went through 50 plastic surgeries to look like her. This, however, has not been officially confirmed, so it is possible that her look is mainly a result of careful makeup and prosthetics. It is also being reported that she went through a rigorous diet to lose weight. Provided her height 4.8 ft, she is considered to be dangerously underweight.
Sahar has around 503k followers on Instagram, and they are growing every single day, but for most people, she looks nothing but a zombie. Someone even posted a comment on her picture cracking a joke, “Her: Doctor, make me look like an 8-month-old corpse. Doc: Say no more.”
Images via Instagram: sahartabar_official

The woman has amassed more than 500k followers on Instagram.

Look at her before going through the transformation. We bet she looked better before.

The teenager said she would do anything to look like her idol.

She reportedly had 50 surgeries in just some months to look like Angelina Jolie.

Apart from the looks, she also has piercings in her cheeks, and she went on a strict diet to maintain her small size.

Pictures show her with both, brown and blonde hair.

So, what do you think? Can you dare to go this far for your favourite star?