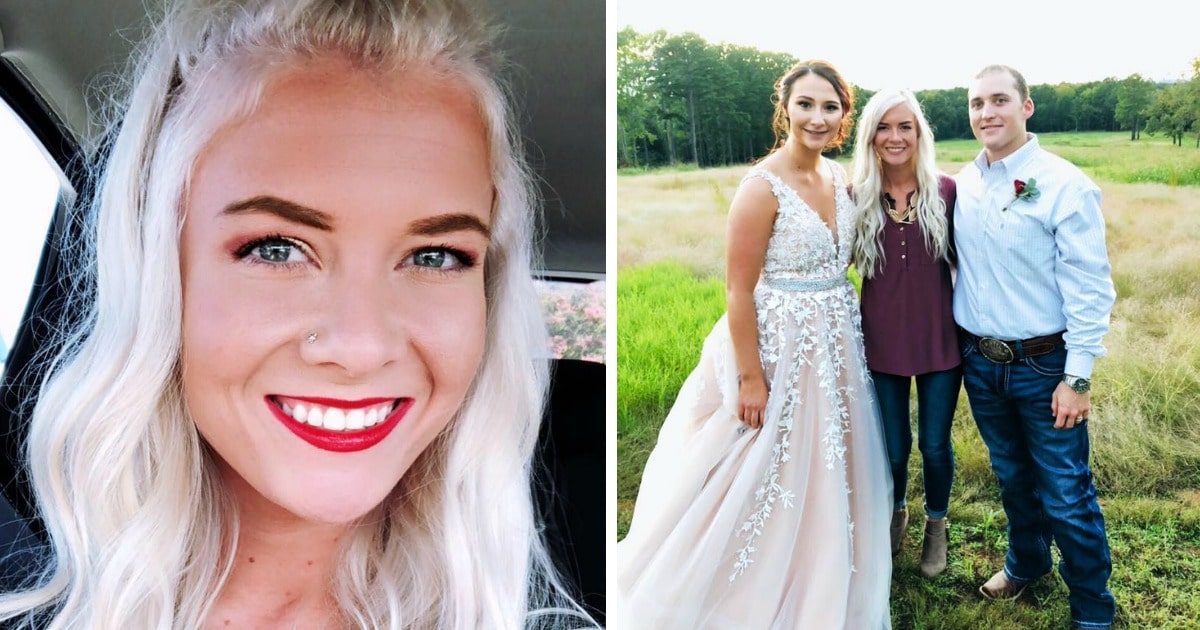 We love weddings. Seriously, what’s not to love? There’s free cake, funny speeches, and a lot of food. Plus, the idea of committing solely to one person is enough to restore our faith in humanity. Seeing how much two people can love each other truly makes us believe in true love. Weddings are a milestone in many people’s relationships. But in Kolbie Sanders case, it was the end of her love story and the beginning for another couple.

24-year-old Kolbie Sanders has everything that a young woman could ever want for herself. As a student at the University of Texas, Kolbie felt pretty accomplished in so many ways. Asides from having chosen a career path that fulfilled her, she was also really fortunate to have a wonderful family and an amazing group of loyal friends. To top that off, she was also getting married. She even had the idyllic wedding venue booked.

The Wedding Date Was Set

Kolbie had been in a relationship with Skylar Cotton, an oil worker, for over 4 years. The couple had been engaged for a year and a half when they finally decided to set the wedding date: October 20, 2018. But planning a wedding can be oh-so-stressful. Thankfully, Kolbie a lot of help!

Her Family Was Very Supportive

Kolbie’s mother and sister helped organize the perfect wedding and that included finding the right dress, hiring the caterers, planning the event, and booking the perfect venue for the big day. It was obvious that her family wanted her to have a night she would never forget. Still, Kolbie felt there was something missing as the wedding date approached.

Wedding With A Hefty Price

The venue at the Belle Vue Wedding and Event Venue in Tyler, Texas would set Kolbie and Skylar back $3,500. But they both felt that it was the right place to hold their big event. So they went ahead and booked it. This cost them an arm and a leg that she was just a college student and he was an oil worker. But this was Kolbie’s dream come true, so they didn’t hesitate.

It was a week before the wedding and Kolbie should have been elated, but that wasn’t the case. It dawned on her that while she loved Skylar with her whole heart, the spark they once had was pretty much gone. This was something she had been dealing with internally for a while now. Kolbie knew that marrying Skylar would be a life-altering mistake. So, she decided to take the plunge and called off her engagement. Unfortunately, it was too late to cancel most of her wedding purchases and get a refund, and that included her super expensive but lovely wedding venue.

Instead of losing the money Kolbie had put into the wedding venue, she decided someone else should take advantage of it. So, she spoke with the venue’s owners and they told her she had 24 hours to find a couple to donate the venue to. The chances of finding anyone who would be willing to get married on such short notice were slim, but Kolbie felt it was worth trying.

Kolbie didn’t have a lot of time to waste, so she went on Facebook and asked all the engaged couples in the area if they were free to get hitched on October 20th. The clock was ticking, but there had to be someone who could seize this opportunity, right?

To sweeten the pot, florists, makeup artists, caterers, dressmakers wedding bands replied to Kolbie’s post and offered their complimentary services. With all of these incentives, someone was bound to reach out to her in no time.

She Had To Choose

There were so many stories and they all touched Kolbie’s heart. So, she picked the most touching ones, wrote them down on a piece of paper and put them in a hat.  Then she stuck her hand and picked the lucky couple who would take her former wedding venue to exchange their vows for free.

Halie Hipsher and Matthew Jones were the lucky winners! They had dated for several years before Matt popped the question. They had plenty of love for each other but not enough money, so this free venue was a gift sent from above for the lovely couple. Not only are Halie and Matthew parents to a baby named Riley, but they had to rush their wedding so that a special guest could attend the big day.

Time Was Running Out

Halie’s grandfather was diagnosed with stage 4 pancreatic cancer, but she wanted him to be present at her wedding. Now, thanks to Kolbie’s generosity, Halie and Matt were able to get married while her was still alive, and this brought him and almost everyone at the wedding to tears.

Without Kolbie, Halie and Matt’s wedding would have been an impossible dream. So, naturally, they invited her and made sure to include her in the wedding photos. This was one of the best days of Halie’s life. As for Kolbie, she had the satisfaction of knowing that she made Halie and Matt happy. Plus, she had plenty of support to get her through her breakup, and we’re sure she’ll get her happy ending too someday.