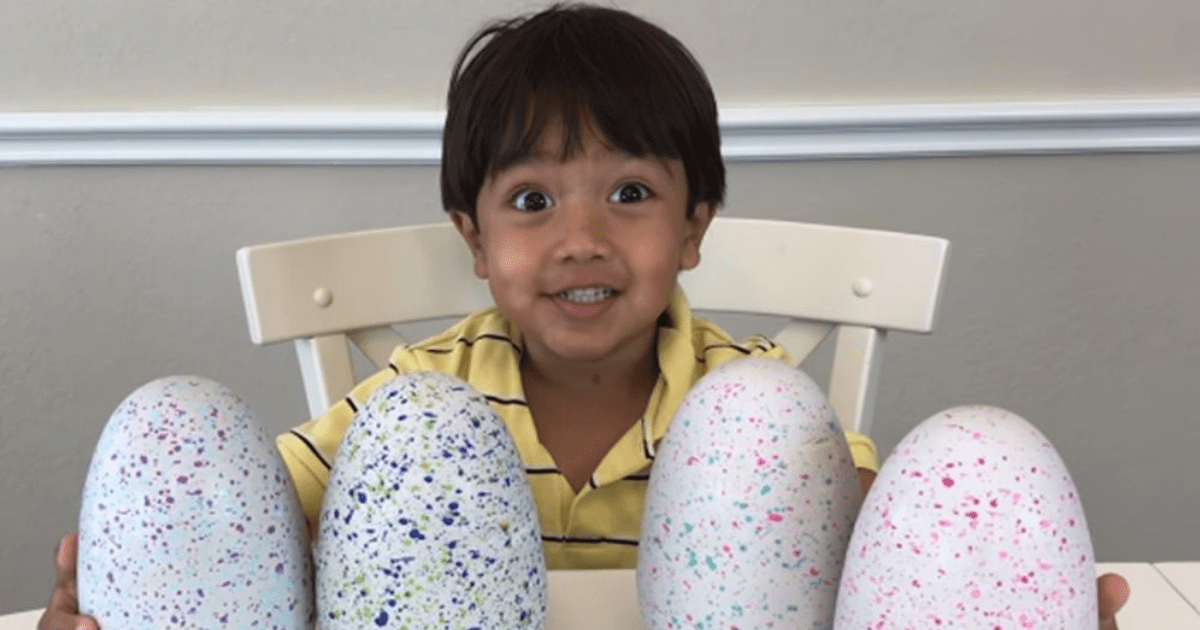 Imagine that you could work and play all day. Well, all this 7-year-old YouTuber had to do was play with toys and tell his fans how much he liked them, (and how much he didn’t!) and slowly but surely, he’s made $22 million making him the highest-earning person on YouTube.

Instead of hanging out with his friends, 7-year-old Ryan is a little bit busy hosting ToysReview, a popular YouTube channel that reviews toys, and he’s allegedly made a whopping $22 million so far.

Forbes claims he earned $22 million as of June 1, 2018. This makes him one of the highest earning YouTube celebs on the internet. Are you feeling a little jealous, yet? Don’t you wish you would’ve started that makeup reviewing channel a long time ago? We’re right there with ya!

Since March 2015, Ryan and his parents have filmed and released videos almost on a daily basis, and it’s hard not to take notice of this kid. He speaks clearly, gets to the point, and he’s simply adorable.

Because He Wants To

Ryan’s parents insist that he loves reviewing toys on video. In fact, the whole thing was his idea and it all started with a set of Diplo counting blocks, which he reviewed while mom recorded when he was 4.

Where’s The Money Coming From?

The money Ryan earns comes from ads and commercials that viewers have to watch in order to see his reviews. Some of the commercials are for toys, while some are for cosmetics, but they all pay big bucks!

Ryan’s parents signed a contract with Walmart to sell a toy line named “Ryan’s World” in thousands of US stores across America as well as online. So it looks like his empire is going to continue to grow.

This fall’s hottest Ryan’s World item has been the Giant Mystery Egg, which is filled with a surprise item like slime and putty, a plush toy, an ultra-rare figure, and a lights and sounds vehicle, too.

Ryan’s parents also pop up on his videos as playmates, or in some cases, victims who get slimed. Then again, mom, who was a high school chemistry teacher has plenty of time since she quit her job to handle her brilliant little boy’s career.

Not only is Ryan and his parents making guest appearances at Walmart stores, but contents from his channel are being distributed by streaming services like Amazon and Hulu as early as next year. Clearly, this kid is going places!

Given how much Ryan loves playing with toys, it’s very likely that he’ll achieve his goal of becoming a game developer someday. But for now, he’s just a kid who reviews toys and earns millions while having a blast!