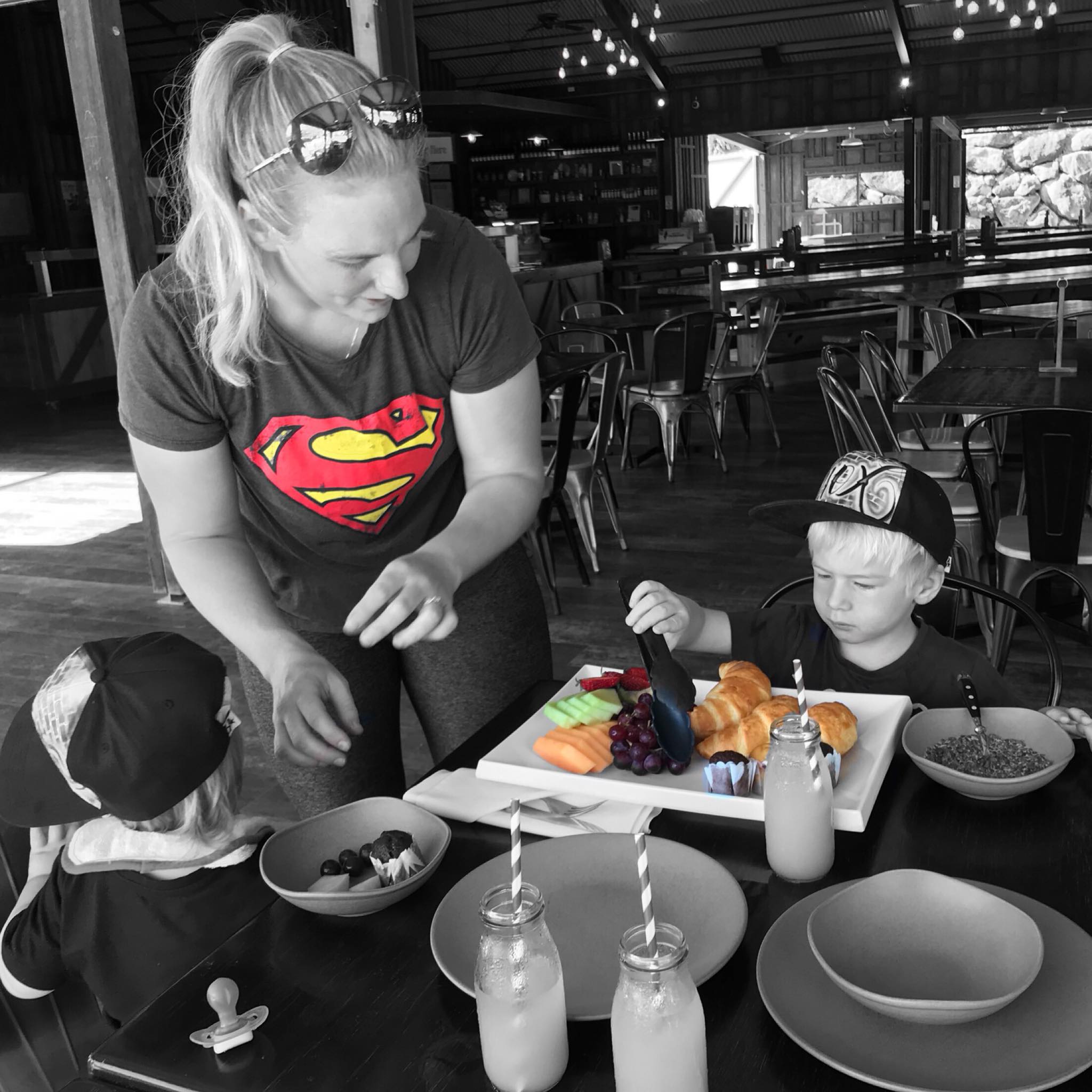 Brad Kearns is a dad of 3 kids and a writer. In his blog DaDMum, he talks about the ups and downs of trying to raise a family. But when he posted on Facebook about an ordinary day in his wife’s life, thousands of folks were very impressed.

What Does She Do?

Brad wrote a post where he told his followers that he was planning on doing a lot of traveling to get to his monthly senior leadership meeting. Then he was scheduled to do important work stuff which left him exhausting. His post read, “Massive day at work today. We have our monthly senior leadership meeting. I have to travel for a 5-hour roundtrip split by car and train.Then, when I finally get started, I have to sit there all day and do important work stuff and have big work conversations. It’s exhausting.”

All his wife did in the morning was get their two sons up, dress them and feed them while breastfeeding their third kid, Teddy. But he could only speculate as to how his wife would spend the time until he got home. He added, “And what’s my wife doing? Not much really. All she has to do is get 2 boys up, dressed, and fed while breastfeeding the third.Then no doubt they’ll need to be taken outside or to a park to get all that energy out. How easy is that?”

His boys have tons of energy, which is why he figured his wife would take them to the park to burn themselves off. So easy, right? He went on to say, “All she has to do is organize their bags, find their hats, pack some snacks and a spare change of clothes, and buckle them into the car.”

Easiest Job In The World

Brad then went on to add, “Then while they’re there she’ll have to feed the baby again because that’s what she does. Without letting go of him, she’ll have to interact with and help the others on and off swings and stimulate them enough to not get bored. It’s easy really.”

Brad wrote that his wife would then drive the kids home and make them lunch and then do some online shopping while they rested. He teases quite a bit, adding, “Then they’ll come home where she’ll fix their lunch. They probably won’t eat it. Then, while trying to get them to rest, she’ll jump online and do some online shopping. Groceries… What a life! Pffft… As if you wouldn’t just go to the supermarket with 3 kids on your own.”

He imagined that his kids would wake up and go outside to play, but the boys would get into a tiff and she’ll probably lose her cool, “No doubt in the afternoon they’ll be demanding to ride their bikes, scooters, go-karts, and run around out back. She’ll probably just sit around and feed Teddy again. At 4 PM, they’ll start getting tired again and get grumpy. She’ll fight with them about stupid little things like, “don’t hit your brother.” I know right…” he continued.

By 5 p.m., he figures she’ll be texting or calling him because she wants to know where he’s at, and he’ll probably blow her off and tell her he’ll call her back. So, she’ll have to prepare dinner all by her lonesome. “She’ll prepare their dinner, watch them eat, run their bath, and dress them for bed all in an hour with one hand because she is still holding Teddy. Exhausted from non-stop torment and not a second to herself all day, she’ll call me again to see where I’m at,” Brad continued writing on his post.

She’ll prep and feed them dinner and make sure they bathe afterwards. Then she’ll help them get in their PJs and tuck them in while still holding Teddy in her arms. By this point she’ll just be on her phone struggling to sleep, feeling “frustrated, and sick of being touched. She’ll be irritable, yucky, and want nothing more than a shower, a shampoo, and a hot cup of tea.”

Brad presumed on his post that by the time he got home he’d probably have to make dinner for him and her because she’s beat. Brad finished off the post by describing what happens next, “I’ll get into the house at 7:30 after my massive day. She’ll be just chilling on her phone near a toddler because they are struggling to go to sleep and I bet the groceries are still out because she managed to get just the fridge stuff put away.”

She Really Has It Easy

Brad went on to thank his incredible wife for wearing many hats and managing to raise a family, all while trying to stay sane, “I’ll probably even have to prepare our dinner. On the weekend she’ll tell Knox he has a motorbike because “daddy works very hard for our family.” Like I said, today’s a massive day for me. Thank you Mrs. DaDMuM for everything you do for us. You’re the glue.”